Factoring and invoice discounting have grown in popularity in the last few decades and many consider invoice finance to be a form of mainstream finance nowadays.

The growth of factoring has also seen a growth in the number of factoring brokers all offering their services and expertise and claiming to be independent whilst also claiming to find the best deal for their client which unfortunately in many cases just isn’t true.

When dealing with a factoring broker, companies will naturally expect to be receiving unbiased advice from an experienced factoring professional but unfortunately that is often not the case as many of the high profile so called specialist brokers are anything but independent, unbiased or even experienced and often the higher the profile the less they have of the three attributes.

As an example there used to be a very high profile multiple employee factoring brokerage which claimed to offer independent advice but in truth was actually owned by a major factoring company. One has to wonder exactly how unbiased their advice actually was or whether they just acted as a lead generator for their parent company without the poor customer being any the wiser. 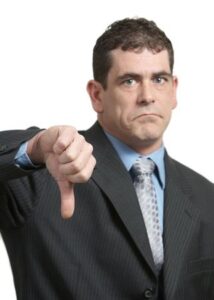 Additionally there are a number of high profile factoring brokers who claim to be independent but earn a major portion of their income by carrying out audit and other work on behalf of some factoring companies and reciprocate by offering them the leads that they have generated, knowing full well that if they stopped giving them leads the  lucrative accounting work would soon dry up.

Unfortunately there are no professional qualifications or even industry experience required to call oneself a factoring broker and there is also no regulatory body in place although the industry cries out for one.

This is why the Independent Factoring Brokers Association was set up by a loose collection of specialist genuinely independent brokers in order to provide some transparency into the profession.